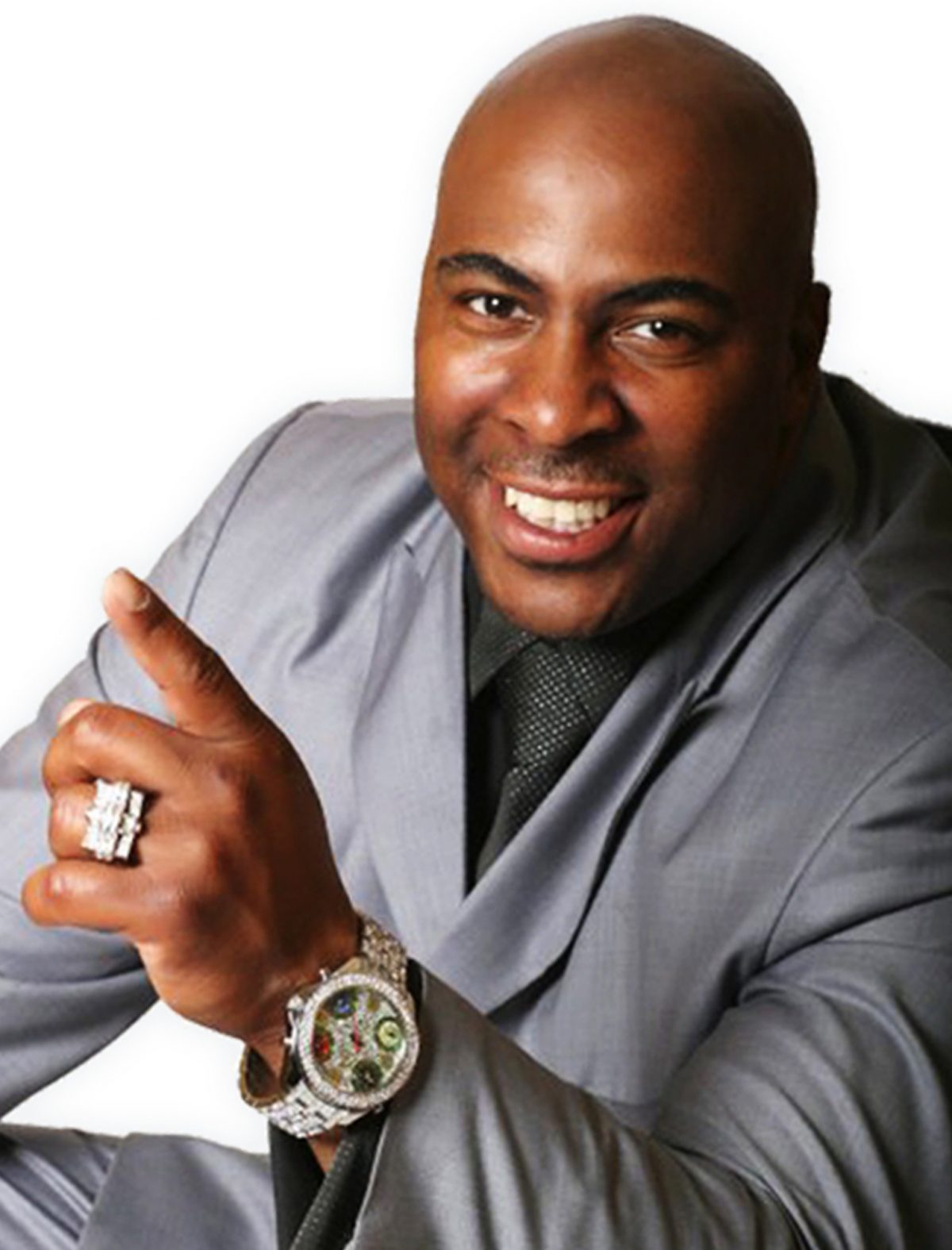 History has a funny way of repeating itself. Take the Windy City of Chicago circa the 1820s when a self-proclaimed Brooklyn street politician named Al Capone revolutionized the crime world with his hustling antics. Nearly 70 years later, the Bronx is introduced to Derrick Lee, another hustler who trades in his ruggish-thuggish ways to become a successful entrepreneur and later metamorphosize the world of comedy as Capone, the Gangster of Comedy.

While both Capones lives slightly parallel each other, our beloved comedian’s life is not tragic, but inspirational. Unlike Chi-town’s original crime lord, Capone, the comedian didn’t ignore the warning signs that he needed to cease the hustle. His first and last sign came in 1991 after receiving a nine-month sentence. It was then that the soon-to-be notorious funnyman knew the street life wasn’t his calling. “Jail was a blessing for me,” recalls the 28-year old comedian of his spiraling street career. “At the rate I was going I’d either be spending a whole lot of time there or end up dead.” With a second chance, Capone left the street life and became a home attendant for the mentally challenged. “It may seem a little far fetched that I chose a Samaritan job, but I’ve always been interested in helping people, especially those who can’t do for themselves.” Although his salary was a far cry from his previous income, he valued his freedom enough to stay on a legitimate path and supplemented his wages by moonlighting as a barber on the weekends. It was at his second job, that he began to hone his comedic skills by engaging in intense snap sessions with co-workers. “I was always crackin’ jokes on the customers or my co-workers so the barber shop served as a sort of comedy haven for me.”

It wasn’t until 1992, when a promoter friend of Capone’s challenged him to take his innate talent off the streets and to the stage that his comedy career was launched. “My first show was at Columbia University,” says the eight year comedic veteran of his meager beginnings and who credits his late mother for his comedic sense. “I won the amateur contest and I was invited to perform with the heavy hitters.” Performing with professionals such as Tracey Morgan (Saturday Night Live), Talent (Wyclef Jean’s 1998 The Carnival), Michael Epps (Next Friday) opened up many doors for the boisterous budding comedian. He immediately ditched his day job after he’d saved his earnings to open his first barber shop six years ago. “It was always one of my dreams to have my own barber shop and work for myself.”

Today, the notorious funnyman is also the C.E.O. of D.D.L. Enterprises (his initials) and owns three businesses in the Bronx -a barber and beauty shop and a computer store. In addition to his acute business savvy, Capone’s ability to adapt to any audience has made him a mainstay in the comedy arena. He’s performed at a slew of comedy clubs including New York’s Caroline’s Comedy Club, Uptown Comedy Club, Boston Comedy Club and tons of universities. It is this same universal comedic flair that helped Capone nab his gig as the host of Harlem’s legendary Amateur Night at the Apollo Theatre. “My jokes are personal -relationships, children, society, work, ethnicity,” admits Capone who also hosts the majority of the Apollo’s scheduled concerts. “I transform it into a comedic vision.” Luckily for the humorous, the gangster of comedy and his silly comrades had an even bigger vision -to unite The Big Apple’s top five comedians (Capone, Talent, Gerald Kelly, Drew Frasier and Rob Stapleton) for a N.Y. Kings of Comedy tour. “We decided to put this show together about a year ago, but it was difficult with everyone’s conflicting schedules. But when we finally came together I went straight to the Apollo and made it happen.” The Royal Fam’ is such a hot commodity that the show sold out in less than a week and a second show had to be added. “We’ve gotten an overwhelming response and I’m hoping the show will travel soon.”

As if he isn’t already inundated with enough projects, Capone has also done album skits for one of the Ruff Ryder’s canines Drag-On’s solo debut Opposite of H2O and is currently completing his own debut My Life Was No Joke, a clever fusion of comedy, rhythm and blues and rap due out this July. Capone who is also remembered for his unique style of dress is also planning to launch his own clothing line in the near future. With such a hefty plate, it’s hard to imagine what Capone will most be remembered for -his contribution to the history of comedy or his flourishing businesses. “I want to be remembered as the comedian who handled things his way,” says Capone who also manages to be a doting father despite his dual career. “And as far as my personal contribution, I’d like to touch the lives of people who did not believe in themselves. Everybody has problems that they sometimes can’t control. But after the dark tunnel there’s always light, it’s just how long you’re willing to walk that path.”