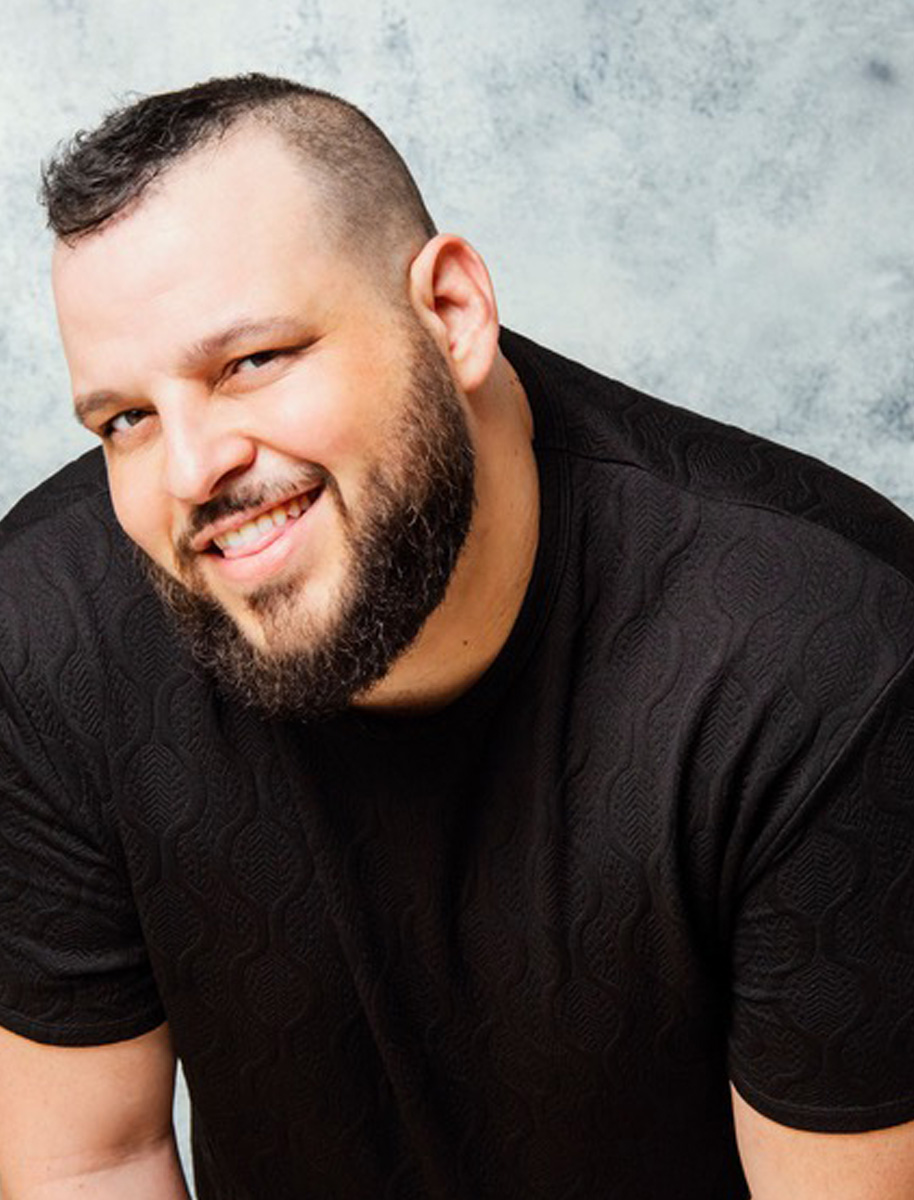 Almost anything can be a stage.

Many years before originating the classic role of Damian in Mean Girls, starring as the boundary- breaking HIV-positive Eddie in HBO’s Looking, launching the successful YASS! You’re Amazing! two-year comedy tour, and raising awareness for the Elizabeth Taylor AIDS Foundation, Daniel Franzese identified the inclusive potential of entertainment. As a child in Brooklyn, the actor, writer, producer, comedian, podcaster, and activist hopped on the coffee tables of family and friends and recited jokes, sang songs, told stories, and inspired smiles.

These formative performances set the stage for him to emerge a a confident body-positive voice for entertainers in the LGBTQ community and beyond. “My grandfather had twelve brothers on the same block in Brooklyn where we all lived,” he recalls. “Whenever I learned something, he would take me around to see family and friends, and I’d perform in their living rooms. Now, I call it the ‘Coffee Table Circuit.’ Very early on, I learned I could bring people joy by entertainment. Comedy was always a part of me. It’s been there throughout my life. I used laughter to battle everything I dealt with growing up. When I came out of the closet, it allowed me to be fully authentic, and authenticity is exactly what you need to be a comic. For the first time in my career, I feel like I’m being who I’m supposed to be. This is the real version of me.”

He quietly worked towards unveiling this version. After booking his first commercial in second grade,
Daniel committed himself to acting. He often visited a local Barnes &amp; Noble and “bought a coffee just to
read all of the books in the acting section.” Graduating from high school in Florida, he caught his first big
break with a role in Larry Clark’s cult classic Bully. Following Party Monster in 2003, he lit up the screen
in Mean Girls a year later. The blockbuster emerged as a cultural force and accelerated Daniel’s career.

Relocating to Los Angeles, he appeared in everything from Steven Spielberg’s blockbuster War of the Worlds to the critically acclaimed remake of I Spit in Your Grave. He wrote and created his own rock opera, JERSEY SHORESICAL: A FRICKIN ROCK OPERA! Following its premiere at The Fringe Festival on theEast Coast, it ran at the Hayworth Theatre in Los Angeles. In its wake, he launched the one-man Off-
Broadway show I’ve Never Really Made the Kinda Money to Become a Mess and achieved viral success
with the YouTube series Shit Italian Moms Say viewed over 10 million times.

In 2015, he joined the cast of Looking for the duration of the second season as well as Looking: The Movie. Depicting the first HIV-positive character on scripted television in a decade, EntertainmentWeekly christened Eddie as “such a modern version of someone living with HIV” and “very groundbreaking.” Around the same time, Daniel became an ambassador for the Elizabeth Taylor AIDS Foundation. As part of his activism, he implored Hollywood to spotlight the stories of characters living with HIV and AIDs, presenting a media playbook to MSNBC in tandem with the Elizabeth Taylor AIDS Foundation and GLAAD. 2016 saw him star in ten episodes of Recovery Road on Freeform before playing Jackson Morrison on ABC’s Conviction. While filming the latter in Toronto, he immersed himself in standup by regular performances at The Second City. This paved the way for the YASS You’re Amazing! tour. Not only did he pack clubs, theaters, and colleges, but he also built a platform for up-and-coming comedians to shine such as Anthony Desamito, Nicky Paris, Katie Molinaro, and many others. With more tours and roles on the horizon as well as increased activism for the Elizabeth Taylor AIDS Foundation and launch of his YASS! Jesus! podcast, he continues to empower and unite from any and all
stages.

“I like to unify audiences,” he leaves off. “I try to create something where everyone can be involved. I
endeavor to be a people curator and bring everyone together.” 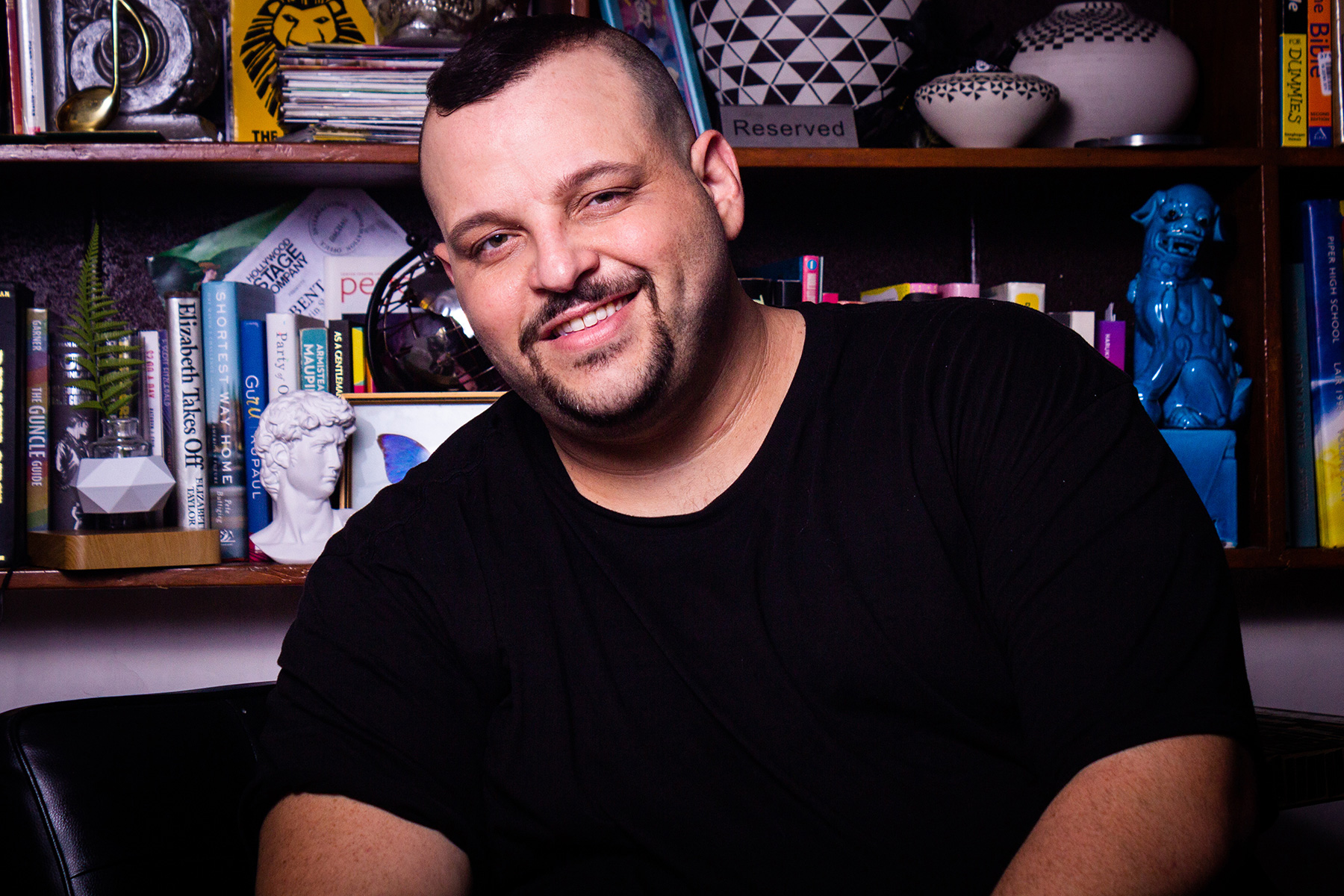